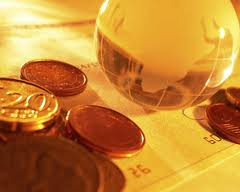 The U.K., Europe’s largest market for Shariah-compliant financial products and services, canceled what would have been the first sale of sovereign Islamic bonds by a Western federal government as issues fell 15 percent in 2010.

“The U.K. government has decided not to issue sovereign sukuk because it is judged not to provide value for money,” a spokesman for the U.K. Treasury in London, said in an e-mailed response to questions Jan. 13. “It will keep the situation under review.” The Treasury has been mulling the sale of Islamic bonds denominated in pounds since at least April 2007.

Growth in Europe’s Islamic financial hub has been hampered by slowing economic expansion and the government’s attempt to plug a budget deficit, according to Moody’s Investors Service. The German state of Saxony-Anhalt became the first European borrower to sell bonds adhering to Islamic law in August 2004 with 100 million euros ($134 million) of five-year sukuk, according to data compiled by Bloomberg.

“This will discourage other governments from selling sukuk,” John A. Sandwick, a Geneva-based Islamic wealth and asset management consultant who advises companies and governments in Asia, Europe and the Middle East, said in a telephone interview Jan. 13. “If the U.K. says that sukuk aren’t value for money, it’s likely other governments may reassess their positions, and the number of sovereign issuers new to Islamic finance may drop.”

Global sales of Shariah-compliant bonds, which are based on the exchange of asset flows rather than interest, dropped to $17.1 billion last year. Issuance reached a record $31 billion in 2007. Kazakhstan, the former Soviet republic that last sold international debt in 2000, delayed plans to offer sovereign Islamic bonds because the government doesn’t need the funds, Deputy Prime Minister Aset Issekeshev said at a conference in Abu Dhabi yesterday. Luxembourg may sell sukuk, central bank Governor Yves Mersch said in Bahrain in May.

The U.K. Treasury ordered a study in April 2007 into the possibility of issuing Islamic bonds. The government introduced tax concessions for the debt in its annual budget in 2007 and authorities extended tax breaks to Islamic mortgages in 2003. The Treasury last July reiterated the previous government’s 2008 position that a sovereign sukuk sale, which would provide a benchmark for issuance, didn’t offer “value for money.”

“The government recognizes the benefits of the product for the Islamic banking sector, but believes that the costs outweigh the benefits relative to the issuance of gilts,” the Treasury spokesman said.

Britain is currently borrowing at a rate that is lower than the London interbank offered rate, or Libor, according to Bloomberg asset swap calculation. If investors swap the fixed- rate offered by 10-year gilts into a floating rate, the security yields 2.9 basis points below Libor, the data show.

The yield on Dubai’s 6.396 percent sukuk maturing in November 2014 dropped 2 basis points to 6.16 percent on Jan. 14, according to Bloomberg data. The extra yield investors demand to hold Dubai’s government debt rather than Malaysia’s narrowed eight basis points, or 0.08 percentage point, to 330 this month, the data show.

“The U.K.’s initial drive to issue sukuk was more politically and socially driven versus economic given the significant Muslim minorities in the country,” Khalid Howladar, a Dubai-based senior credit officer at Moody’s, said in an e- mailed response to questions Jan. 12. “Given recent stresses on the economy and government finances, such motives are now secondary to the need to raise funds efficiently.”

About 2.9 million people in the U.K. are Muslim, the Washington-based Pew Research Center’s Forum on Religion & Public Life said in a report this month. It has a total population of 62.3 million, according to 2010 estimates from the U.S. Census Bureau on Dec. 28.

U.K. economic growth slowed more than initially estimated in the third quarter. Gross domestic product rose 0.7 percent from the previous three months, the Office for National Statistics said Dec. 22 in London. That compares with an initial estimate of 0.8 percent and second-quarter growth of 1.1 percent. The Bank of England on Jan. 13 maintained emergency stimulus for the economy.

“The U.K. government is in retrenchment mode and is not looking to expand the sphere of its activities,” Frances Hudson, who helps oversee about $220 billion as head of global thematic strategy at Standard Life Investments in Edinburgh, said in an e-mailed response on Jan. 13.

European companies may still turn to the Middle East. The region has more than 400,000 millionaires, Cap Gemini SA and Bank of America Corp.’s Merrill Lynch unit said in a world wealth report last June. Their combined wealth grew 5.1 percent in 2009 to $1.5 trillion, the report said.

The Bank of London and The Middle East Plc, a Shariah- compliant bank, is in discussions with two U.K.-based companies to sell as much as 200 million pounds of Islamic bonds in the next six months, Nigel Denison, director and head of markets at the London-based bank, said in an interview in Manama, Bahrain Nov. 24.

“It’s disappointing that they’re not looking at it more actively because we feel it would provide value for money,” Denison said in a telephone interview from London Jan. 14. “The fact that it’s still under review is encouraging.”


Courtesy by: Bloomberg
Posted by AlHuda: Centre of Islamic Banking and Economics