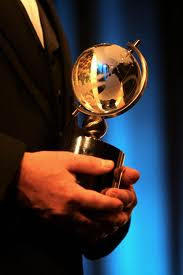 Solidarity General Takaful is a subsidiary of one of the largest Takaful groups in the world, Solidarity Group Holding.

The MENA Insurance Awards are hosted by MENA Insurance Review magazine, an authoritative and highly-regarded business title that has become a key feature in the region's insurance event calendar.

The awards recognise Solidarity's commitment to its customers, as well as the company's innovation and quality in its product offering, its strong financial positioning in its core insurance business and its success in building a solid platform for further growth.

"We are delighted to have been named Bahrain Insurer of the Year and for the second consecutive year the best Takaful Insurer," said Solidarity chief executive Ashraf Bseisu.

"The awards serve to further reinforce our long-standing commitment and drive to better serve our clients, to whom we owe these awards in the first place," he said.

"The awards are a reflection of the high level of recognition that Solidarity has attained, amongst both its peers and its clients, as both a leading insurer in Bahrain and a leading Takaful insurer in the region," said Mr Bseisu.

"The fact that we have been singled out for these two prestigious industry awards is something we can all be justifiably proud of," he said.

"The awards are all the more significant because it is based in large part on our ability to demonstrate a strong commitment to our customers," said Mr Bseisu.

"This ability is a direct consequence of the devotion, dedication and world-class expertise of every member of the Solidarity team," he said.