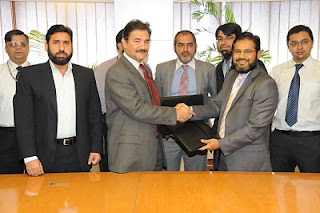 According to the agreement and subject to the terms of the Group Family Takaful Scheme issued by PQFTL, NAFA Riba-free Savings Plan’s investors will be provided free Family (life) Takaful coverage equal to the amount of investment and subject to a maximum of PKR 2,000,000 per covered person.

Takaful is a Halal risk mitigation tool which serves as an alternative to conventional insurance."
Posted by AlHuda: Centre of Islamic Banking and Economics No comments: 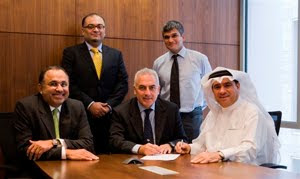 MANAMA: Generali International has selected Takaful International as their representative in Bahrain after the signing of an exclusive co-operation agreement between them which covers all health insurance for the clientele of Generali in the kingdom.

"We are pleased to work together with Generali International through the provision of effective insurance coverage in line with the requirements of all institutions to ensure success and keep pace with the rapid growth in changing times," said Takaful International chief executive officer Younis Alsayed.

"Generali's decision to select us a partner is a testament to our reputation and capability to be distinctive in the local Bahraini market and on the international platform.

"The company continues to develop all health insurance products especially given the growing demand and increasing awareness of its importance, as the company seeks to create more partnerships in the Middle East," he said.

Generali International holds a Rating (AA-) from Standard & Poor's and is one of the largest global insurance companies with branches in more than 68 countries.
Posted by AlHuda: Centre of Islamic Banking and Economics No comments: 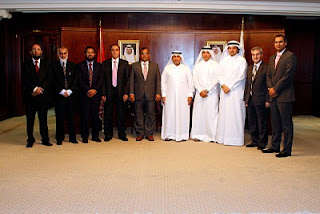 The meeting was chaired by H.E. Shaikh Ali bin Abdullah Al-Thani chairman board of director and was also attend by all the members.

CEO, PQFTL Mr. P. Ahmed apprised the Board on the state-of-affairs of the Company and presented the progress report; Shaikh Thani and other members of the board expressed their satisfaction and appreciated the performance so far despite the difficult socio-economic conditions of the country.

Shaikh Ali bin Abdullah Al-Thani assured his full support to PQFTL. He said that PQFTL "has the institutional capacity to cater to the protection and long-term investment needs of the people of Pakistan." The sponsors of Pak-Qatar, who are leading financial institutions from the state of Qatar including QNB, Masraf Al-Rayan, QIIB, QIB, QIIC, The Amwal group and German base FWU group, showed their long term commitment to the country and pledged to provide assistance to support the cause of Takaful in Pakistan.

Pak-Qatar Family Takaful Limited, the pioneers of family Takaful (Islamic life insurance) in Pakistan, started its operations in October 2007 and achieved rapid growth in a span of 3 years.
Posted by AlHuda: Centre of Islamic Banking and Economics No comments: 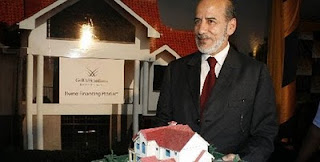 The first Sharia-compliant insurance company in Kenya has been formed as the race for Islamic cash intensifies.
The firm, which will operate as Gulf Takaful Company Ltd, is being fronted by GulfCap Investments — the principal shareholder in Gulf African Bank.
Under the model, people seeking insurance cover will pay premiums to a collective fund from which payments will be made to members who suffer from the risks covered.
“People will find it a prudent model. Normally, when one insures their house or car, they don’t get their money back. We are offering a possibility to the insured to get back some of their money,” said Mr Suleiman Shahbal, the chairman of GulfCap Investments.
The bank’s chief executive, Mr Najmul Hassan, said introduction of the insurance company is a significant step towards offering and exploiting Islamic financial services.
Posted by AlHuda: Centre of Islamic Banking and Economics No comments:

About five new companies offering Islamic insurance, or takaful, are expected to launch in the UAE by mid 2011, boosting competition, industry executives said last week of October, 2010.
"At least four to five companies have applied for licences and they could launch initial public offerings (IPOs)," Ezzeldin Elmassry, chief operating officer of Abu Dhabi National Islamic Finance (ADNIF), told a round table.
"There is fierce competition between takaful and conventional insurance companies," he said, adding that there are 54 insurance firms in the UAE.
ADNIF, the Islamic finance unit of National Bank of Abu Dhabi, plans to launch a takaful company in the first quarter of 2011 in a joint venture with three Abu Dhabi government backed firms.
Insurance penetration rates in the Middle East are among the lowest in the world at about 1 percent of per capita expenditure compared to 9 or 10 percent in Western countries, said Osama Abdeen, CEO of Abu Dhabi National Takaful Company.
The new takaful firms are mostly backed by strong existing entities, said ADNIF's Elmassry.
An official of the UAE regulator Securities & Commodities Authority said several applications for insurance licences are pending and some would be approved shortly, declining to provide any names.
Posted by AlHuda: Centre of Islamic Banking and Economics No comments: