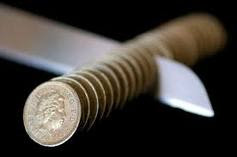 What a difference a day makes with the rise and fall of Takaful Emarat Insurance the story on the bourses this morning.

Shares of the insurance firm, listed in Dubai, declined by more than three per cent to 78 fils at 10:40amm this was a reverse on yesterday when Takaful gained 7.8 per cent.

"The price is good considering the past period," said Rami Awwad, operations manager at Al Awael Securities in Abu Dhabi. Shares have fallen by 12 per cent in the last 3 months. "The chances are it will recover, it is a well liked stock among local investors, but volumes are not as high as leading firms," he said.

EmiratesNBD, which has the second biggest weighting on its emirate's index, lost 2 per cent to Dh2.94 a share. Emaar Properties, dropped 0.2 per cent to Dh3.52.

The Dubai Financial Market General Index declined by 0.4 per cent to 1657.98.

In Abu Dhabi, losses were led by Abu Dhabi National Energy, also known as Taqa, which fell 2 per cent to Dh1.45. Property firms fell, after The National reported yesterday that rents in Abu Dhabi fell as much as 16 per cent in the last three months of last year. Aldar Properties lost 1.6 per cent to Dh2.41 a share. Sorouh Real Estate lost 1.7 per cent to Dh1.66 a share.


Courtesy By: The National
Posted by AlHuda: Centre of Islamic Banking and Economics