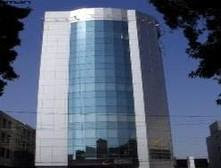 Fund managers in Pakistan are urging the government to increase offerings of Islamic debt, saying a 13-fold rise in sukuk sales this year isn’t enough for them to invest inflows of cash.

Pakistan’s Islamic banking assets climbed an average 30 percent annually in the past four years to 411 billion rupees as of June 2010, 6 percent of the financial industry’s total, according to a central bank estimate in October. Pakistan aims to double that share to 12 percent by 2012 and plans to issue two more Shariah banking licenses that will take the total to seven, the monetary authority said in October.

“The government has relied too much on the conventional debt market without realizing how much liquidity is in the Shariah-compliant industry,” Sajjad Anwar, who helps manage the equivalent of $187 million at NBP Fullerton Asset Management Ltd., a unit of the nation’s biggest lender National Bank of Pakistan, said in a Jan. 11 interview from Karachi. “Islamic funds and banks are just waiting.”

Pakistan needs to finance a budget deficit that may reach 6 percent of gross domestic product, or 1 trillion rupees this fiscal year, exceeding the government’s target of 4 percent, according to a report from the State Bank of Pakistan on Oct. 25. The shortfall was 6.3 percent last year, according to data on the Finance Ministry’s website.

The yield on the three-year debt will rise to 13.89 percent from 13.39 percent at the prior offering on Dec. 13 as the central bank may increase interest rates to temper inflation, said Karachi-based Abdullah Ahmed, treasurer at Meezan Bank Ltd., the nation’s biggest Shariah-compliant lender.

“In an environment when everyone is expecting a hike in interest rates, the demand for such paper will remain high,” Ahmed said in an interview on Jan. 12. “Islamic banks are desperate to deploy their funds.”

Inflation stayed above 15 percent for a fourth month in December after unprecedented floods in August destroyed roads and damaged crops worth $3.3 billion.

“The inflation rate will start falling from next fiscal year to average 13 percent as the government aims to reduce borrowing and impose additional tax measures,” Mohammed Sohail, chief executive officer at Topline Securities Ltd., said in an interview yesterday from Karachi.

The State Bank of Pakistan increased its discount rate by half a percentage point to 14 percent on Nov. 29, the third policy tightening since July. The central bank has raised borrowing costs from a record low 7.5 percent in 2005. Policy makers will increase the rate by 50 basis points to 14.5 percent at the Jan. 29 meeting, according to Meezan Bank’s Ahmed, who said he will buy sukuk at the next auction.

Pakistan’s central bank uses the yield on its six-month non-Islamic treasury bills as a benchmark for pricing debt. The yield rose to 13.55 percent at a sale on Jan. 12, nine basis points more than the previous offering. The rate was 12.05 percent a year ago, Bloomberg data shows.

Global sales of sukuk, which pay asset returns to comply with the religion’s ban on interest, fell 15 percent to $17.1 billion in 2010, according to data compiled by Bloomberg. Issuance reached a record $31 billion in 2007.

The difference between the average yield for emerging- market sukuk and the London interbank offered rate shrank eight basis points this month to 281, according to the HSBC/NASDAQ Dubai US Dollar Sukuk Index. Average yields dropped 13 basis points to 4.61 percent.

Pakistan is attracting investors even as the country battles an eight-year insurgency with militants in its border region with Afghanistan. The U.S., a major financial donor, is pushing President Asif Ali Zardari to intensify that crackdown. A policeman assassinated secular politician Salman Taseer on Jan. 4 for opposing an Islamic blasphemy law.

“For Islamic banks, sukuk will remain attractive because the sovereign notes offer the least risk and high returns,” Pervez Said, chief executive officer of Dawood Islamic Bank, 35 percent owned by Bahrain’s Unicorn Investment Bank BSC., said in an interview yesterday from Karachi. “Political and security problems have always been associated with Pakistan. The issue is where do we invest?”

Courtesy by: Bloomberg
Posted by AlHuda: Centre of Islamic Banking and Economics