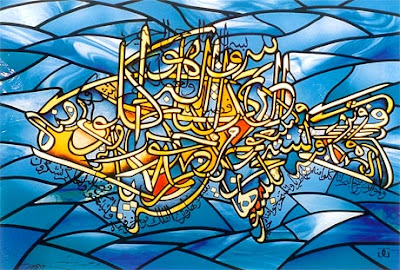 A.M. Best Co. has downgraded the financial strength rating to 'B++' (Good) from 'A-' (Excellent) and the issuer credit rating to "bbb+" from "a-" of Hong Kong's Wing Lung Insurance Company Limited (WLI). The outlook for both ratings is stable. Best said the "ratings reflect the company's solid business profile and liquid investment portfolio. WLI has established a stable market presence in the Hong Kong general insurance market. In 2007, the company was ranked ninth in the local market with a market share of 2.7 percent by gross premiums written. WLI remained the second largest participant in the general liability market, representing approximately 8 percent of market share." Best also noted that "WLI maintained a liquid investment position by holding approximately 77.2 percent of total invested assets in cash and fixed income securities as of September 2008. Going forward, it is expected that WLI will further increase its holdings in cash, which will play a key role in stabilizing its operating profitability. Offsetting factors include the significant reduction in WLI's capitalization due to the high investment losses and further deterioration in its underwriting performance as a result of the poor performance from unprofitable employee compensation (EC) business and the requirement to strengthen its claim reserves."

A.M. Best Co. has affirmed the financial strength rating of 'A-' (Excellent) and issuer credit rating of "a-" of Barbados-based Sagicor General Insurance Inc. with stable outlooks. "These rating actions reflect Sagicor General's historically profitable operating performance, prudent underwriting leverage, regional market presence and parental support," Best explained. "Sagicor General benefits from the synergies derived as a member of the Barbados-domiciled Sagicor Financial Corporation (SFC) group and has the commitment and support of SFC, its ultimate parent and one of the largest financial institutions in the Caribbean. SFC is publicly traded on the London, Trinidad and Barbados stock exchanges. Sagicor General is among the largest property/casualty insurers in Barbados and has a significant presence in Trinidad and Tobago, Dominica, St Lucia and Antigua. Excluding catastrophe related losses, Sagicor General's disciplined underwriting and appropriate risk pricing have historically enabled the company to achieve favorable operating results. Partially offsetting these strengths is the high concentration of equities as a component of Sagicor General's investment portfolio, its reliance on reinsurance and the increasingly competitive regional insurance environment.

A.M. Best Co. has affirmed the financial strength rating of 'A-' (Excellent) and issuer credit rating of "a-" of Bermuda-based Empyrean Re Ltd. , both with stable outlooks. Best concurrently withdrew the ratings at the company's request and assigned a category NR-4 to the FSR and an "nr" to the ICR. "The ratings of Empyrean Re are based on its excellent capitalization, experienced management team and sound business plan," said best. "These strengths are partially offset by the untested start-up nature and the mono-line orientation of the company." Best also explained that Empyrean Re operates as a Bermuda-based reinsurer writing direct, reinsurance and retrocessional trade credit coverage produced through the broker market. Though indications of market acceptance are positive following the company's second year of operations, the ability of Empyrean Re to effectively build and establish a successful market presence can only be proven over time. Best also views any concentration of invested assets as a source of potential problems. However, these concerns are partially mitigated by the experience of the management team, as well as the low underwriting leverage contemplated in Empyrean Re's business plan and the anticipated support of its owner and sponsor, Man Group plc. Man Group plc is a publicly traded global provider of alternative investment products and a constituent of the FTSE 100."

Standard & Poor's Ratings Services has affirmed its 'BBB' long-term counterparty credit and insurer financial strength ratings on Bahrain-based non-life and life reinsurer Arab Insurance Group (B.S.C.) (ARIG). S&P then withdrew the ratings at the company's request, and it is no longer subject to ongoing surveillance. "At the time of withdrawal, the rating reflected the company's very strong capitalization despite the 19 percent reduction in shareholders' equity in 2008, and the company's good competitive position," S&P noted. "These factors were offset by marginal operating performance despite some improvement in the combined ratio, and execution risk relating to both business lines, and geographic expansion. The outlook at the time of withdrawal was stable and reflected our view that ARIG will maintain surplus capital in excess of the 'AA' (very strong) level in 2009. Also, the company is likely to continue to lag regional and international peers in terms of operating performance. In a related announcement S&P said that the ratings and outlook on Dubai-based reinsurer Takaful Re Ltd. (TRL; BBB/Stable/--) "are unaffected by the withdrawal of the ratings on Arab Insurance Group (B.S.C.) (ARIG) at ARIG's request. ARIG is the majority shareholder of TRL, with a 54 percent holding, and is also the major service provider."

A.M. Best Co. has changed the financial strength rating to 'E' (Under Regulatory Supervision) from 'C' (Fair) and the issuer credit rating to "rs" from "ccc" of UK-based The Exchange Insurance Company Limited. "This action removes the under review with negative implications status originally assigned to the ratings in November 2008," said best. "The ratings of Exchange have been changed because the company has been placed into administration and due to the cessation of its normal activities as an insurance company. Exchange's management continue discussions with potential investors to sell the company. A successful conclusion to these talks will lead to a review