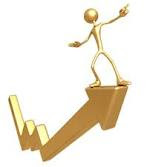 
Islamic insurance, or takaful, is already seeing demand in Egypt and the recent demonstrations will highlight the need for financial protection, said Ajmal Bhatty, president and chief executive of Tokio Marine Middle East, a unit of Tokio Marine Holdings.


“The awareness for insurance, especially personal insurance is generally low in regional markets including Egypt,” Bhatty said in an interview last week.


“Events such as the recent ones generally result in increasing the awareness in people that they need to do more about protection of their livelihood and assets.”


The unprecedented demonstrations captivated the world and led to the ouster of President Hosni Mubarak after a 30-year reign.


Tokio Marine launched two takaful companies in Egypt in January 2010. There are eight Islamic insurance providers in the country.


Bhatty said the industry expects to pay claims resulting from the turmoil.


The Japanese insurer said last year that it expected the two sharia-compliant units to generate about $3.5 million in annual premium income in the first financial year, which closes in June. That figure should increase to $136.4 million within 10 years, giving the Egyptian operations more than a one-fifth share of the takaful market in the country.

Islamic insurance, or takaful, is similar to mutual insurance but with a clear segregation of the assets owned by policy holders and those owned by the insurer.


The industry is expected to be a clear growth driver within the nearly $1 trillion Islamic finance industry over the next five years.


Micro-takaful is an Islamic insurance scheme for people on low incomes who cannot afford insurance premiums. As part of a micro-credit scheme, a small amount goes to cover areas such as life, disability and accident insurance, as well as livestock cover or crop insurance against hazards of severe weather or flooding.


Bhatty said the company has already successfully provided conventional micro-insurance in India through a joint venture with a Japanese fertilizer company.


“We would like to explore microtakaful possibilities for Egypt as a good proportion of the society would benefit from it,” Bhatty said.

Courtesy by: Reuters
Posted by AlHuda: Centre of Islamic Banking and Economics