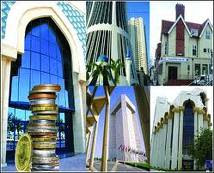 The lack of long-term investment products is undermining growth in Malaysia’s Islamic insurance industry, spurring calls for more sukuk maturing beyond 10 years in the world’s biggest market for the debt.

“We need long-term sukuk because we can’t be aggressive in equities or park most of our funds in deposit accounts or just short-term paper,” Hafidz Hamzah, who helps manage 12 million ringgit as head of investment at Kuala Lumpur-based Great Eastern Takaful Sdn. Bhd., which received its license last year, said in an interview Jan. 5. “That’s hampering returns and too much exposure to equities can be very volatile for our funds.”

Takaful is based on the Koranic principle of mutual assistance, whereby policy holders contribute a sum of money to a common pool managed by the company. The funds are used to pay for claims and any excess is returned to customers.

“It’s a chicken and egg situation, if you have more long- dated sukuk then there are more assets for takaful operators to invest in,” Rafe Haneef, managing director of global markets at HSBC Amanah, whose parent was the second-largest underwriter of Islamic bonds last year, said in an interview Jan. 5. “Growth in takaful and the sukuk industry will mutually enrich both sectors.”

Global sales of sukuk, which pay returns based on asset flows to comply with the religion’s ban on interest, fell 15 percent in 2010 to $17.1 billion, according to data compiled by Bloomberg. Issuance reached a record $31 billion in 2007.

Malaysia’s 10-year development plan will increase sales of longer-maturity debt as companies need to spread out their financing, according to RAM Rating Services Bhd., the biggest of the nation’s credit rating firms. The government has identified $444 billion of private-sector led projects including the building of an underground rail system, a nuclear power plant and the expansion of the road network.

“With more infrastructure projects, that’s going to accelerate the growth of long-term sukuk,” Zakariya Othman, head of Islamic finance at RAM Rating, said in an interview in Kuala Lumpur yesterday.

The difference between the average yield for sukuk in developing nations and the London interbank offered rate widened two basis points to 292 since Dec. 31, according to the HSBC/NASDAQ Dubai US Dollar Sukuk Index. The spread narrowed 178 basis points, or 1.78 percentage points, last year.

Noor Takaful, the holding company of Noor Takaful General PJSC and Noor Takaful Family PJSC, in Dubai is talking with investment banks in the Persian Gulf to come up with new products for the Islamic insurance industry, Ahmed Aljanahi, the managing director, said in an interview Jan. 6.

“We are expecting the more well-established investment banks to come up with the right product for the medium to long- term to cater for the takaful industry worldwide, not just for the U.A.E.,” said Aljanahi. “That would take, I would say, four to five years.”

“As the market grows, you would expect the relevance of takaful operators participating in the sukuk market to grow because they need long-term assets to match their long-term liabilities,” Zanolini said Dec. 30 in a telephone interview.