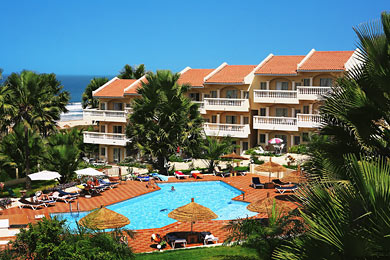 Speaking at the ceremony, Governor Seckan called on the people of his region to join the Takaful Insurance Company Limited. He said that in modern day economy, insurance has been recognised as essential tool which will help in the growth and development of a nation.

Governor Seckan said The Gambia is a predominant muslim country and speculations about conventional insurance in The Gambia, will become a thing of the pass. He called on the people of his region to support Takaful Gambia as it is in accordance with Islam. He noted that this insurance which is 95% owned and managed by Gambians is a move in the right direction and a pride to government.

For his part, the chief of Sabah Sanjal, Mam Biran Gaye, noted that Takaful Insurance's consistance with commitment and promotion of Islamic financing is laudable, following the successful establishment of Islamic Banking in The Gambia. He called on his people to patronise the insurance company.

For his part, the managing director of Takaful Insurance Company Gambia Limited, Modou Joof, who is a native of Farafenni, said Takaful Gambia has been incorporated in October 1st 2007, as the first Islamic insurance company in The Gambia and commenced business operation from Thursday 24 January, 2008 under the relevant laws of The Gambia.

He said, Takaful as a business venture is based on Islamic profit-sharing principle of 'Mudabah'. "In this regard, clients of Takaful shall be entitled to earn from contributions paid in consideration for the term of participation in Takaful provided by Takaful, subjected to the declaration of profit by Takaful Gambia Limited," he said. This he said, will certainly give a special added advantage to the insuring public that has never been available.