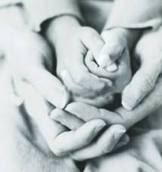 The company, which is owned by a subsidiary of Singapore's Great Eastern Holdings Limited and Malaysia's armed forces cooperative, also has Singapore and China on its radar for expansion.


"Beyond that we are also looking into Singapore and China because these are the two countries where Great Eastern has a presence."

Indonesia is regarded as the next Asian growth market for Islamic finance. Its Islamic bank assets were 66 trillion rupiah as of December 2009, compared with 2,534 trillion rupiah for the banking industry as a whole, central bank figures show.

In Malaysia, Islamic banking assets totalled about $95 billion, or 19.6 percent of the total, as of December 2009, the central bank has estimated.