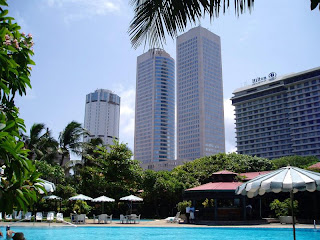 Amana Takaful PLC has informed its shareholders in a letter that company has called for an Extraordinary General Meeting (EGM) on May 14th 2009 since the company’s Net Asset Value (NAV) has reached half of its Stated Capital. Further in the letter signed by Director/ Chief Executive Officer Ehsan Zaheed states that the NAV has decreased to Rs.214,189,707 as at December 2008 which was recorded to be Rs.266,707,463 as at December 2007. Company’s net assets value as a percentage on stated capital stands at 43% as at December 2008 compared to 53% which was in December 2007. Amana Takaful PLC’s stated capital stands at Rs.500,000,360 at present. The EGM has been called in compliance with the Companies Act No.07 of 2007 Section 220

where a company is required to convene an EGM to its shareholders in the event when the net assets of the company are less than half of its stated capital. Amana..

In the letter company says that the losses have risen from the operation of the insurance business which includes underwriting results and the operating and administration expenses. “Amana Takaful PLC is completing the first 10 challenging years with the establishment of the General and Life segments and 18 branches island wide and one in Maldives. The company had to invest into brand development for both General and Life Products” said the company in letter highlighting that Amana Takaful’s options are very limited with regard to investment income due to Sharia compliance compared with the conventional insurance companies which reflect better profitability. Furthermore, “54% of the cumulative loss has arisen in the year 2007 due to heavy claims incurred in that specific year among other reasons” stated the company.

Under Retained Earnings of the company’s financials, Amana Takaful’s balance stands at a loss of Rs.233,292,897 as at January 1st 2008 and company has reached a net loss of Rs.52,517,756 compared to net loss amounted to Rs.153,076,543 in the year 2007. The Company’s balance stands at a total loss of Rs.285,810,653 as at December 2008. However the letter states that immediate measures which have been initiated in 2008 had resulted in the drop in the loss by 65% from 153 million in 2007 to 52 million in 2008. And to further improve the profitability in the year 2009 and beyond, the company states that it has taken measures to brought in more focus on the market mix and strategies are formulated to have a 50% growth in the revenue. “Steps are taken to introduce more stringent credit policies to minimize credit risk and the stagnant investments into real estates will be divested within the regulations of Insurance Board of Sri Lanka (IBSL) into short term Islamic based investments to earn more profits from investments.” The Company also said that it will take steps to manage staff cost with additional measures to minimise the fixed component and link them to production (make it variable) and further to improve underwriting quality to minimise the underwriting risk according to the letter.

Beginning as a collaboration with Takaful Malaysia on 7th December 1998, Amana Takaful PLC is the first insurance company in Sri Lanka to pioneer the process of ‘Refunding Surplus’ at the end of each policy term. Refund of Surplus is the process of sharing underwriting profit among all participants (customers) who have not submitted a claim during the year and Amana Takaful PLC has paid approximately Rs.6 million as surplus refund for ‘General Insurance Participants’ in 2007. Amana Takaful is reinsured with Best Re of Labuan, Malaysia, Labuan Re of Labuan, Malaysia, MNRB of Malaysia, Asian Re of Thailand, Kuwait Re of Malaysia (Country of origin - Kuwait) and Tokio Marine Re-Takaful (Pvt) Ltd of Singapore (Country of origin- Japan) according to company profile. ‘Takaful’ is a risk management concept that is based on mutuality and partnership; simply, ‘Takaful’ means ‘Joint Guarantee’ in which several parties are involved. ‘Takaful’ is an Islamic insurance concept which is firmly grounded in Islamic financial principles, observing the rules and regulations of Islamic law. This concept has been practiced in various forms for over 1400 years in the world.